In partnership with the Yves Brayer Museum in Les Baux-de-Provence ( www.yvesbrayer.com)

When I first met Serge Lifar

I first met Serge Lifar back in 1941. I had an exhibition in a gallery on Rue de Berri at the time and one day this man with a beret pulled down low over his brow came in and walked right up to me to introduce himself. He came straight to the point, explaining that he had heard that Jacques Rouché, the Opéra’s director at that time, had hired me to design the sets and costumes for the ballet Joan von Zarissa. Then, turning to my paintings of Cordes and Albi with their emphasis on the architecture, he pronounced: ‘You’re very talented, you’ll do fine…’. Continuing in this surprisingly informal vein, he asked if I had ever worked in theatre before. When I told him I hadn’t, he replied: ‘Good, you won’t have picked up any bad habits then’, and proceeded directly to tell me his ideas for the scenography, giving me some valuable tips.

Fired up by his interest, I told him that I planned to fill the entire space, incorporating a number of outsized elements, to which he responded: ‘Go for it!’. When, later, I was about to present my painstakingly prepared portfolio of mock-ups to Rouché, I was disconcerted to learn that he intended to reduce the stage size and put together a series of tableaux. When I showed him my ideas, he immediately backtracked, saying: ‘Ignore what I just said – your designs are excellent. So long as Serge is on board, you can pass these on to the carpenters directly.’

Joan von Zarissa (music and libretto by Werner Egk) was quite a long ballet, requiring five sets, multiple curtains and a great many costumes. The cast was second to none: Serge had choreographed the ballet and danced alongside all the étoiles of the time: Yvette Chauviré, Solange Schwartz, Lycette Darsonval and Serge Peretti. Lifar was at the absolute pinnacle of his art and gave us a powerful yet tragic Don Juan. It was an unforgettable performance for those lucky enough to be there.

For a painter, the world of ballet offers infinite possibilities: from seeing the ballet take shape on stage at the Opéra, to rehearsals under the Rotunda and at the Foyer de la Danse, or the bustle of the dressing rooms and the wardrobe department. I was constantly sketching, trying to get down the shapes, poses, colours and light effects that I would later work up in my atelier.

I also produced a portrait of Serge Lifar in the costume I had designed for him during this period. 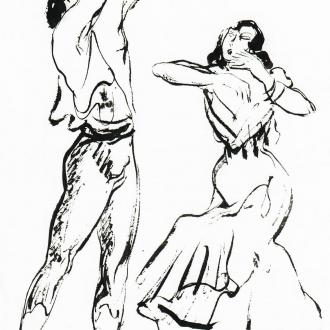 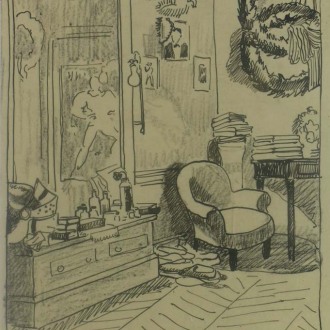 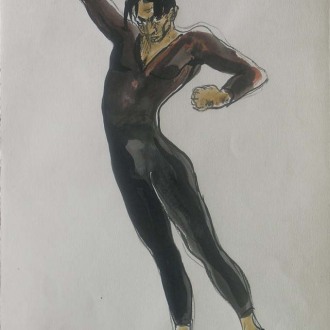 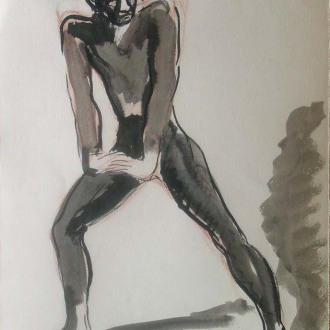 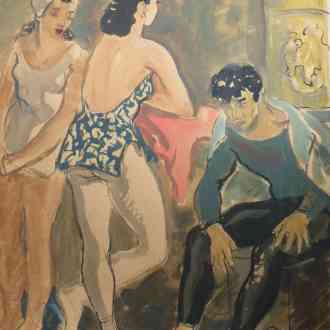 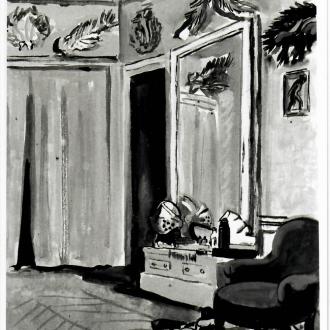 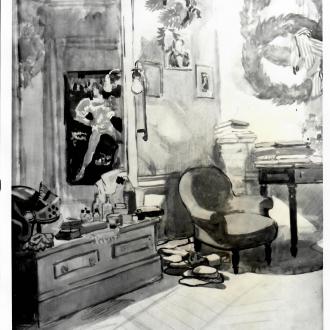 When Serge Lifar first sought me out over thirty years ago, he asked me straight off if I had ever worked in the theatre before. When I answered that I hadn’t, he came back with: ‘Just as well, you won’t have picked up any bad habits then’. That was just after Jacques Rouché had given me the opportunity to design my very first stage sets and costumes for the Opéra.

The same maxim applies to Lifar: having never painted before, he likewise doesn’t have any bad habits. Despite his lack of experience as a painter, he clearly has a gift for the visual arts, whether in terms of movement and choreography or harmony and lines. The phenomenon that is Lifar is incapable of sitting idle: he’s constantly delving into his boundless imagination in a quest for new expression.

Lifar has been painting in secret for the past two years and has undoubtedly discovered a new passion. As one of ballet’s brightest stars, he naturally draws inspiration from that world and from his memories of working with Diaghilev in Les Ballets Russes.

He traces rapid lines using bright colours against a black or pink background. His sketches brim with a fresh vitality portraying movement – whether he is capturing a dancer’s position or personality, or taking one of his characteristically light-hearted portraits.

Just like Jean Cocteau, he has an innate sense of graphism.

Serge Lifar’s surprising exhibition is an outburst of joy.

Here are a few of Serge Lifar’s drawings.
Click on the images below to enlarge 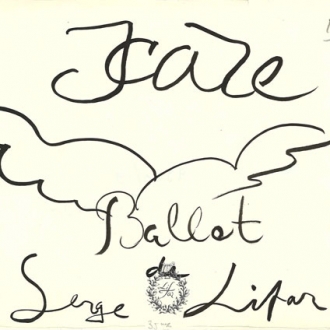 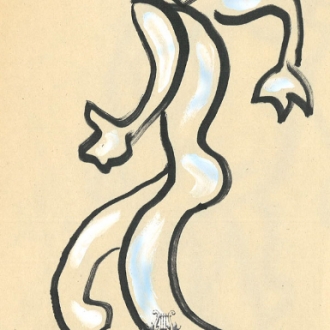 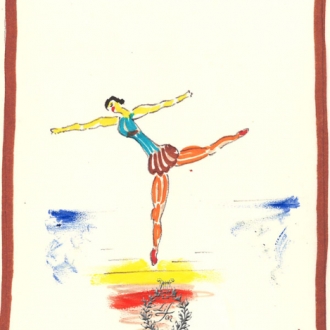 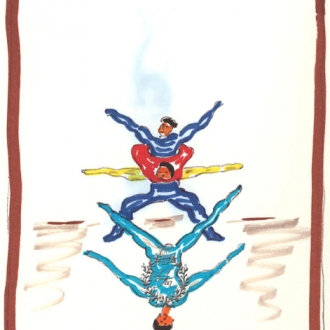 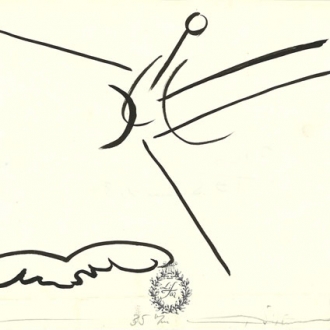 By continuing your browsing on this site, you agree to the use of cookies. Find out more.